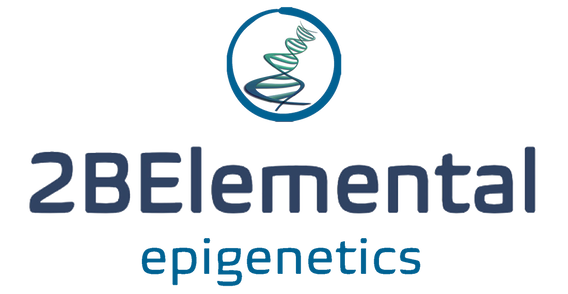 Organizational DNA
Each organization represents a co-creative collaboration between the people who work there. As such, each organization, via the people who comprise it, is a “living” organism. As with the natural world, all living things exist within a larger context or environment. For an organization, this would be its geographic setting, relational contexts with markets, suppliers, customers, and value contribution.

Within each living being, there is a constant, ever-moving, changing, creating, discarding process of co-creation that is manifested within its body; with its own internal environment that supports and sustains life. At the smallest and most fundamental levels, all of the cells comprising a living being are derived from that creature’s DNA, and produced through a complex dance of signaling, coordinating, and directing the process of its own ongoing creation. This latter signaling facet of living things is referred to as epigenetics.

Its all in the Genes
Before the emergence of epigenetics, the field of genetics placed sole focus and emphasis on DNA, as the source of things, right or wrong, with living beings and their afflictions. DNA was the sole reference for an explanation of disease, defects, deficiencies, or super abilities as both the blueprint and building blocks of living creatures.

It was not until the recognition of this epigenetic dimension in the field, that DNA was properly understood to be the generative "hardware" of the process of creation. Epigenetics serves as the software or program that actually turns the hardware on and determines when, where, and how that is required- based upon the internal living needs of the being and its environment.

In the prevailing industrial paradigm instantiated in most large organizations today, organizational concentration is on the structure, system, resources, and processes- the "hardware" of its existence. There is little to no attention, awareness, or understanding of the living, experiential, epigenetic status or condition of its internal "living" environment and people; its internal degree of values and purpose alignment or lack thereof, and the degree to which misalignments adversely impact its people and productivity.

The source of this myopia is rooted deeply in the origins of the industrial revolution where the primary drivers were productivity, efficiency, and profitability seeking to serve a world facing exponential demand and needs. Add in the emergence of neoliberal economics with an Ayn Rand chaser, and the drivers to introspectively inquire into the state of one's employees' emotional health and state of wellbeing isn't even on the radar.

This is compounded by the complete absence of a conceptual orientation, framework, and language to describe the intangible, ethereal, experiential, emotional, and energetic dynamics involved by and between large groups of human beings co-creating together. For lack of tools, programs, or practices addressing "being" in business, and experiential alignment to values and purpose, the current paradigm proceeds apace, focused on its DNA, and blind to the impacts of its own misalignments, imbalances, and epigenetics run amuck.

How about an organizational “State of Being”?
The field of modern human psychology did not exist until 20 years after the end of the industrial revolution, with the arrival of Freud and Jung, et al. As a cultural evolution in consciousness, the valuing and allocation of attention to the emotional state, the wellbeing of the human beings in an organization; and the organizational state-of-being's relationship to collective values and purpose alignment, is a relatively recent and emergent domain.

The cultural domains to which the "being-ness" of humans co-creating together are historically relegated to the realms of religion, psychology, spirituality, and alchemy; all of which are anathema to the world of business. However, it is ultimately the people within the organization, and their connection to the organization that determine its health and effectiveness.

It is time for an "organization-as-organism" reorientation. It is time to recognize the signaling and flows by and between the people comprising it - the organizational epigenetics, as the true determinant of flow, thrive-ability, and future success.

2BElemental & Organizational Epigenetics
2BElemental's focus is on articulation of the energetic flows and dynamics by and between the people who comprise an organization. We utilize elemental vernacular and lenses applied to the organization's living environment to enable identification of misalignments and imbalances.

We provide a way to see, feel, sense, and understand these epigenetic dimensions of organizational flows; and provide a diagnosis both of what ails, and what is needed to restore balance and realization of maximum generative potential.